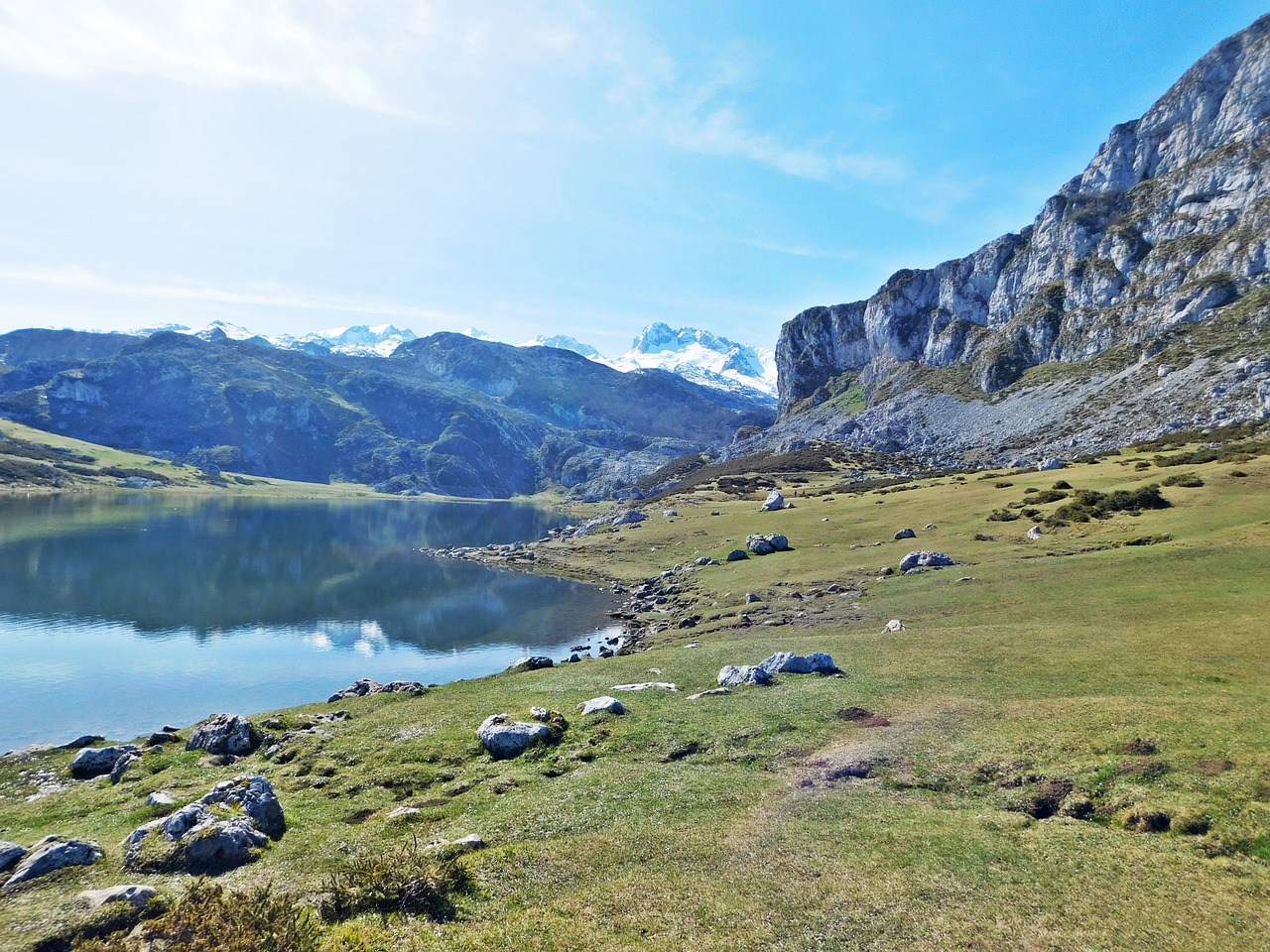 ASTURIAS: WHAT TO DO AND WHAT TO SEE


Asturias is one of the 17 autonomous communities that make up Spain; It is located to the north of the Iberian Peninsula and borders Galicia, Cantabria and Castilla y León. It has 3 large cities , which are Avilés, Gijón and Oviedo and its total population exceeds one million inhabitants . If you arrive by plane to Asturias Airport, you have the possibility of hiring the Asturias airport transfers service to the hotel , at a very affordable price.

The Cantabrian Sea bathes the Asturian coast, although this Principality - the prince or princess of Spain is called Asturias - is known for its mountainous geography, the largest in Spain and one of the leading cities on the European continent.

In addition to a dream coastline, Asturians are famous for their cheerful character, their abundant gastronomy, their professional football teams - Real Oviedo and Sporting de Gijón - and for having their own language: Bable .


To fully enjoy Asturias tourism, we recommend rent a car with driver in order to forget about everything and put all your senses in its fabulous landscapes.

Now that we have given some basic brushstrokes about the Principality of Asturias, it is time to draw the details. Let's go there!

It is a mountain chain that spans three Spanish autonomous communities, which are Cantabria, Castilla y León and Asturias. In the latter, precisely, you will find a good part of one of the most beautiful enclaves in the country: the Picos de Europa National Park .

Ideal to get away from the madding crowd and connect with nature, especially through hiking, the Lakes of Covadonga , easily accessible, are a mandatory stop to contemplate this biosphere reserve declared by UNESCO. In addition, there is the Catholic sanctuary of the Santa Cueva de Covadonga, a place of pilgrimage for the most faithful.

The municipalities of Cangas de Onís and Cabrales - yes, the one with the famous cheese - are some of the areas in which this beautiful landscape worthy of a story is framed, but not the only ones. The Cares route , the parishes of Bulnes and Sotres , both in Cabrales, are also worth a visit.

Just a few kilometers separate all that mountainous landscape from the coast and that makes Asturias a “natural paradise”. Among the many towns bathed by the Cantabrian Sea, we highlight Cudillero, Llanes and Ribadesella . The latter is well known for the summer festival of the 'International Descent of the Sella' , the river that runs through the municipality. Spree aside, the beach of Santa Marina , more than a kilometer long, is the reference, although not the only one.

If you go to this town, save enough time to contemplate the cave paintings hidden in the Tito Bustillo Cave . You will not regret it.

We jump to Llanes , which borders Ribadesella. There they have several dozen beaches, each with its own charm, and many located between cliffs. Those of Gulpiyuri - inland beach -, Toró, Cuevas del Mar, Ballota or Torimbia, among our favorites.

We recommend a visit to the Bufones de Pría , a kind of natural chimney through which the sea water is expelled.

We continue with Cudillero , without a doubt one of the most beautiful towns in Spain. The bathing day can be done at Concha de Artedo beach or at San Pedro de la Ribera beach , the busiest and quietest. Not the only ones, since Peñadoia, Vallina, Gueirúa or del Silencio, among others, are precious, although less recommended for the bathroom due to their composition.

A visit to the town of Cudillero is highly recommended, whose colorful houses, built on a hillside, are barely separated from the sea by a few meters. So much so that when the tide rises, at certain times of the year, the water reaches certain doorways of the houses.

The 3 main cities of Asturias are barely separated from each other by a few kilometers.

Gijón is the most inhabited, with more than 270,000 people, and is located on the seashore. The beach of San Lorenzo , measuring more than 1.5 kilometers, you can go walking through the beautiful promenade that draws and has more than a century of life.

If one enters the city, there is a lot to visit such as: the Jovellanos museum and theater , the botanical garden, the Revillagigedo palace , the Cimadevilla neighborhood , the Isabel la Católica park or the sculpture 'Elogio del Horizonte' by Eduardo Chillida .

In Oviedo , the capital of Asturias, about 220,000 people live and the main difference with Gijón is that it has no coast. It is one of the greenest cities in Spain , with more than 2 million square meters of land of these characteristics, and some of these areas are: the winter park, the West park or the San Francisco field.


Architecture is another of the strong points of Oviedo, highlighting the Campoamo r theater , the Palacio de Congresos, by the architect Santiago Calatrava, the Cathedral of San Salvador , the Palace of Santa María del Naranco or the El Fontán market.

Visits to the Fine Arts and Archaeological Museums of Asturias are also mandatory.

And last but not least, we are talking about Avilés , with 80,000 inhabitants , located 27 kilometers from Oviedo and 25 from Gijón. This city has an interesting historical heritage, in which the palaces of Valdecarzana or Camposagrado stand out .

Although it is possible that the Avilesian jewel is the International Oscar Niemeyer Cultural Center , which the Brazilian architect himself designed. Its avant-garde building contrasts with the traditional architecture that fills Avilés.

We close with the three most famous dishes on Asturian tables: fabada , cachopo and a variety of cheeses , among which those from Cabrales and Gamoneu stand out .

Fabada is a stew made up of fabes - beans -, sausage, blood sausage and bacon, while cachopo is made with two breaded veal fillets stuffed with ham and cheese - even Asturian cheese -, which gives it more power.

Almost anywhere in the autonomous community you will find these dishes on the menu, which usually pair well with a glass, or culín, of cider - an alcoholic drink made from apple -. 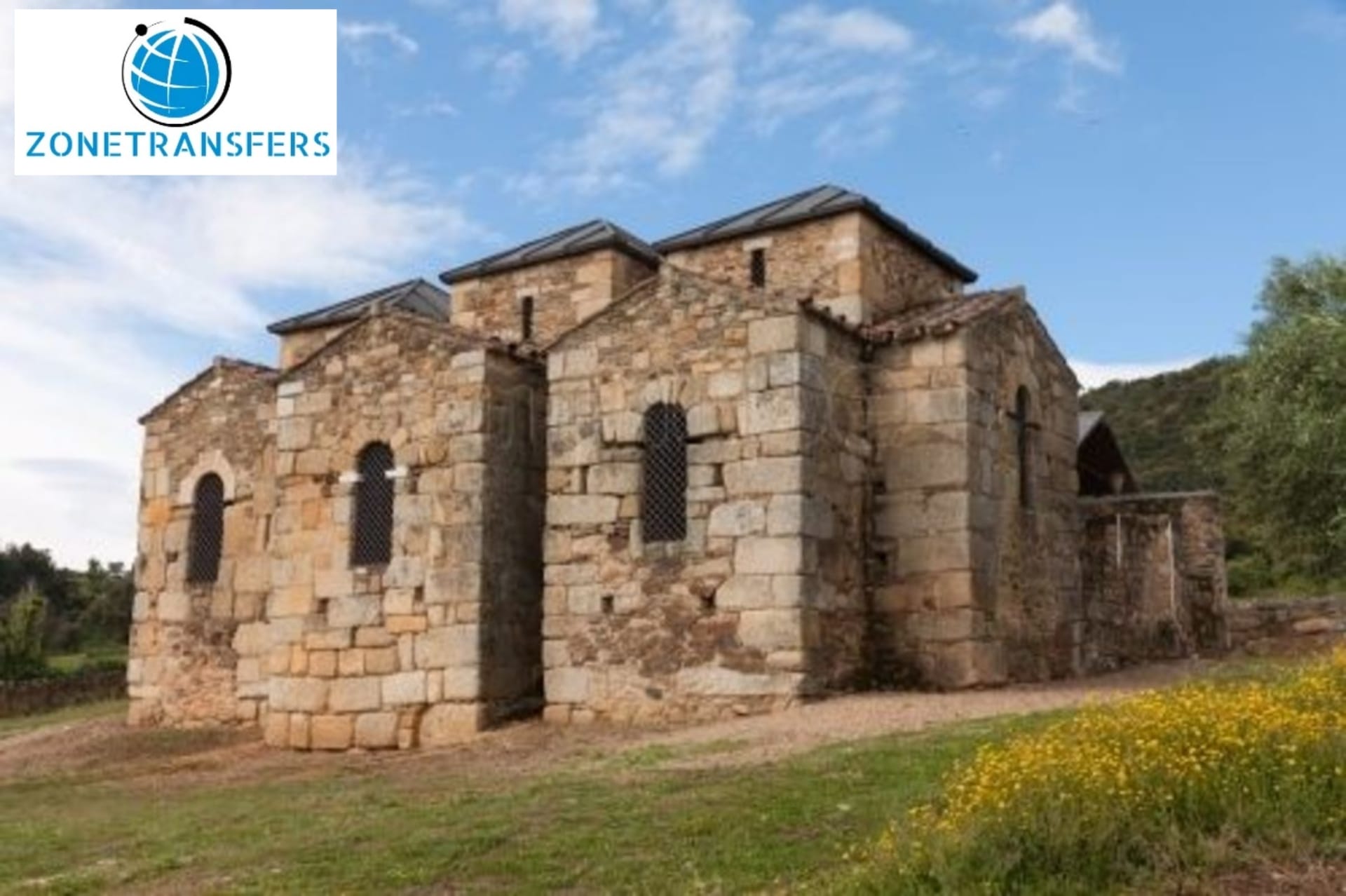 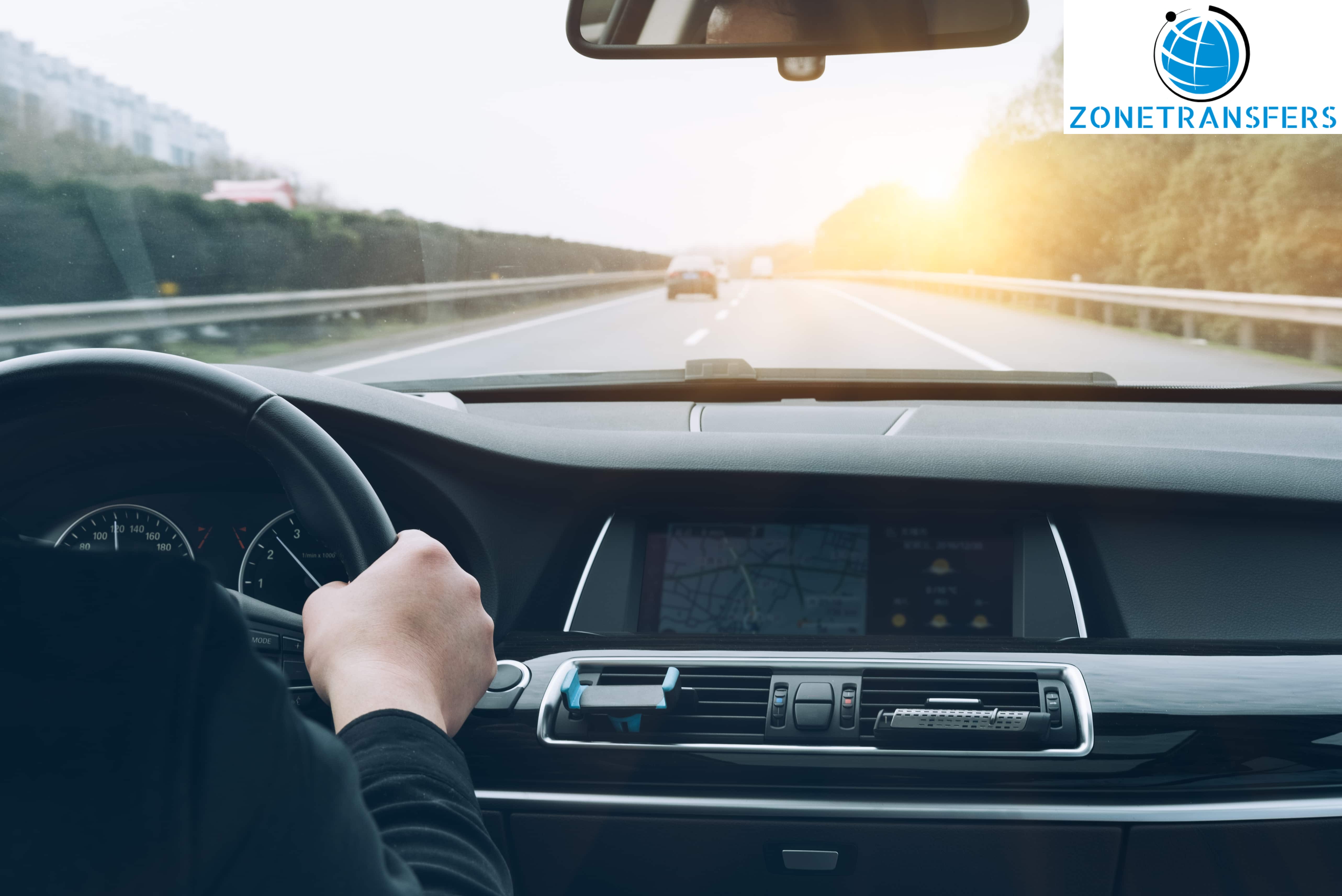 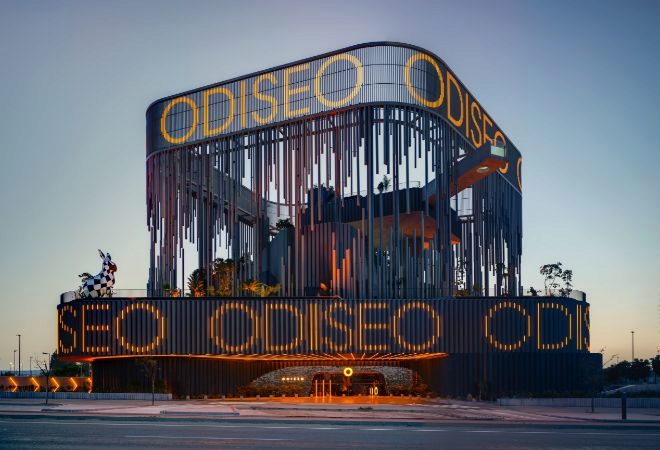 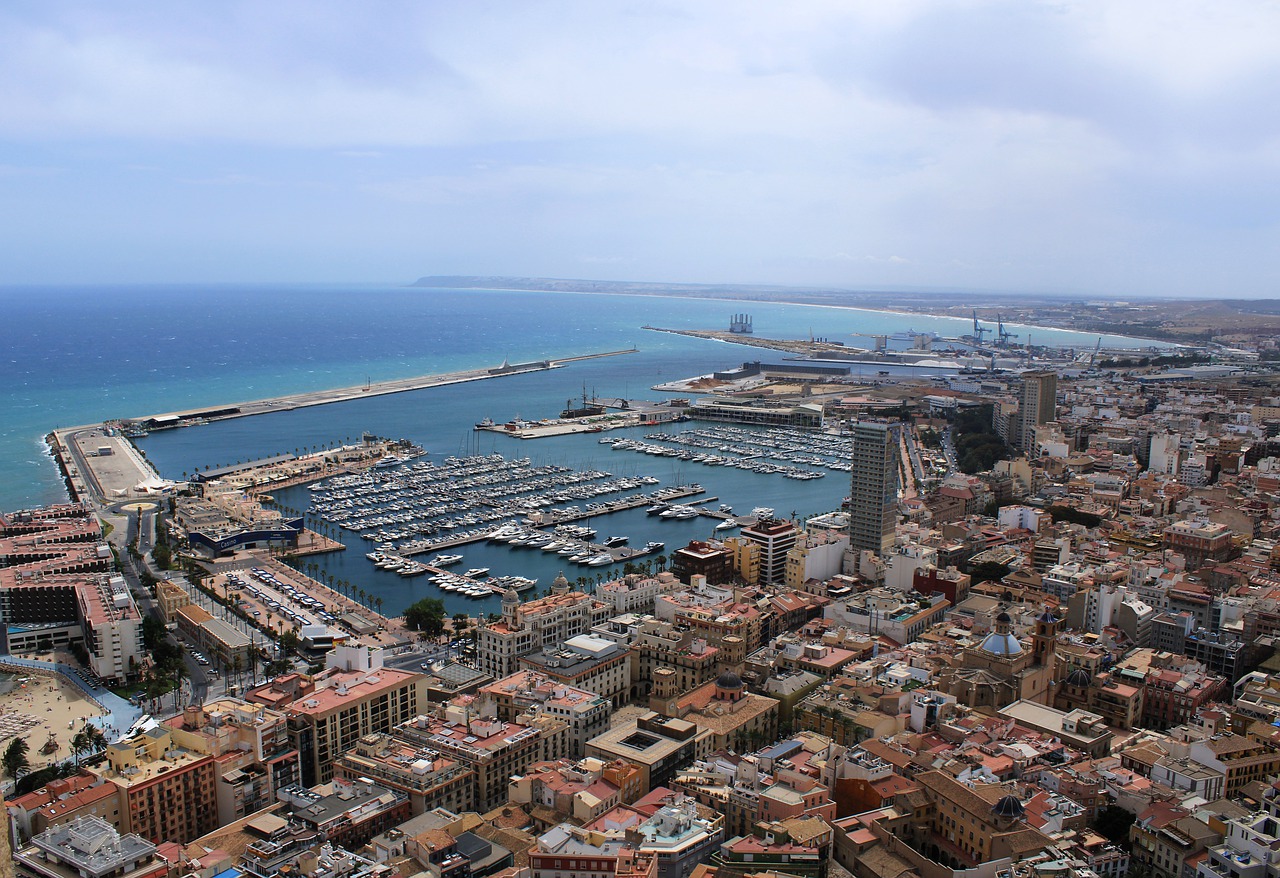 Things to do in Alicante. The best of Alicante 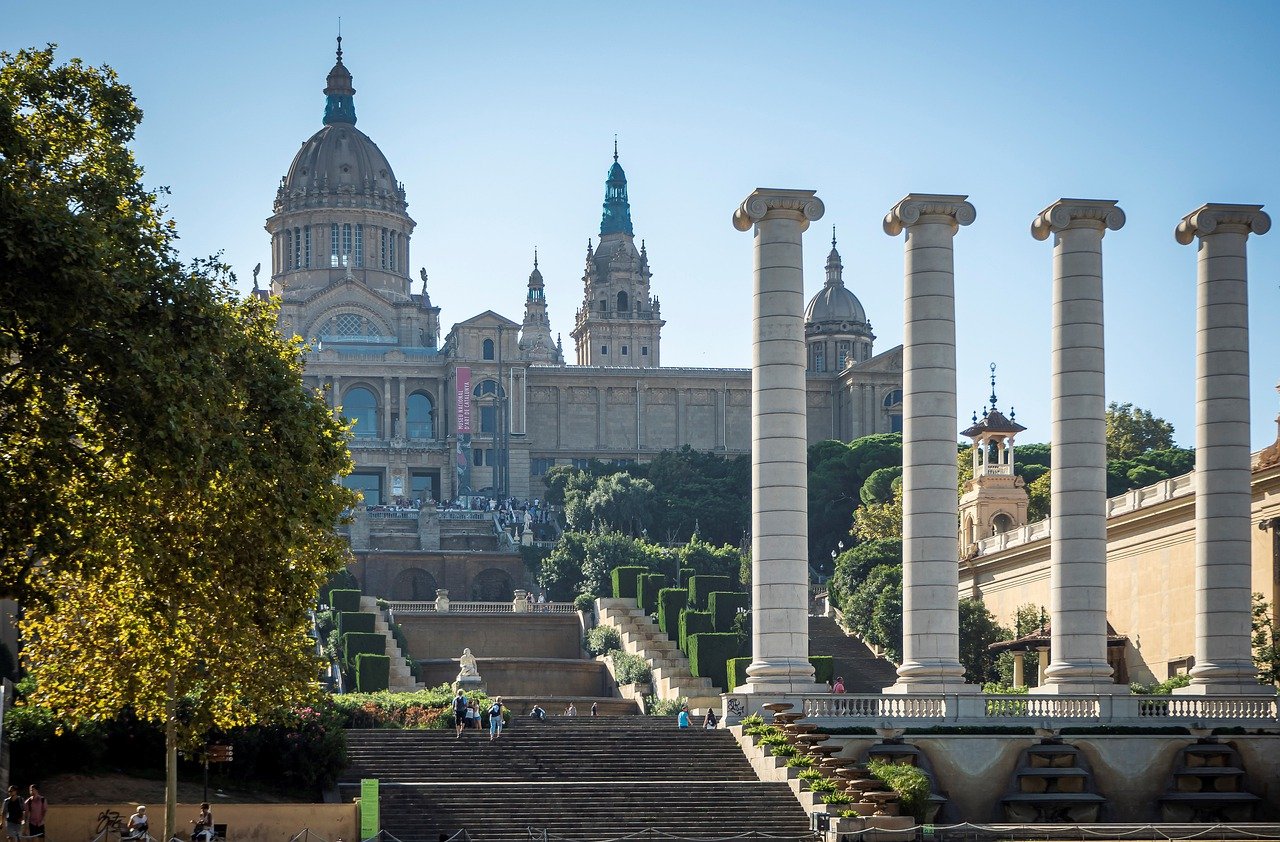 Things to see in Barcelona 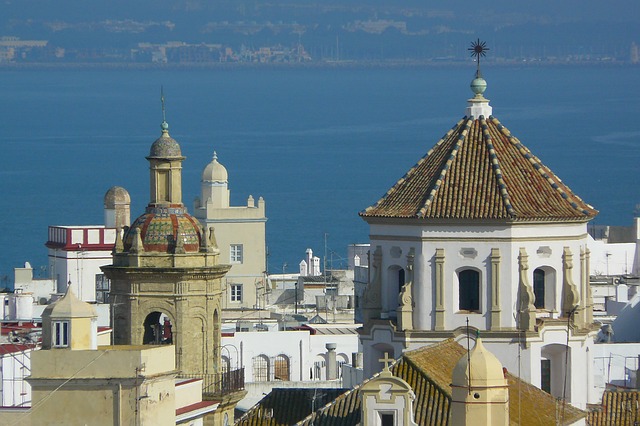 A weekend in the city of Cadiz 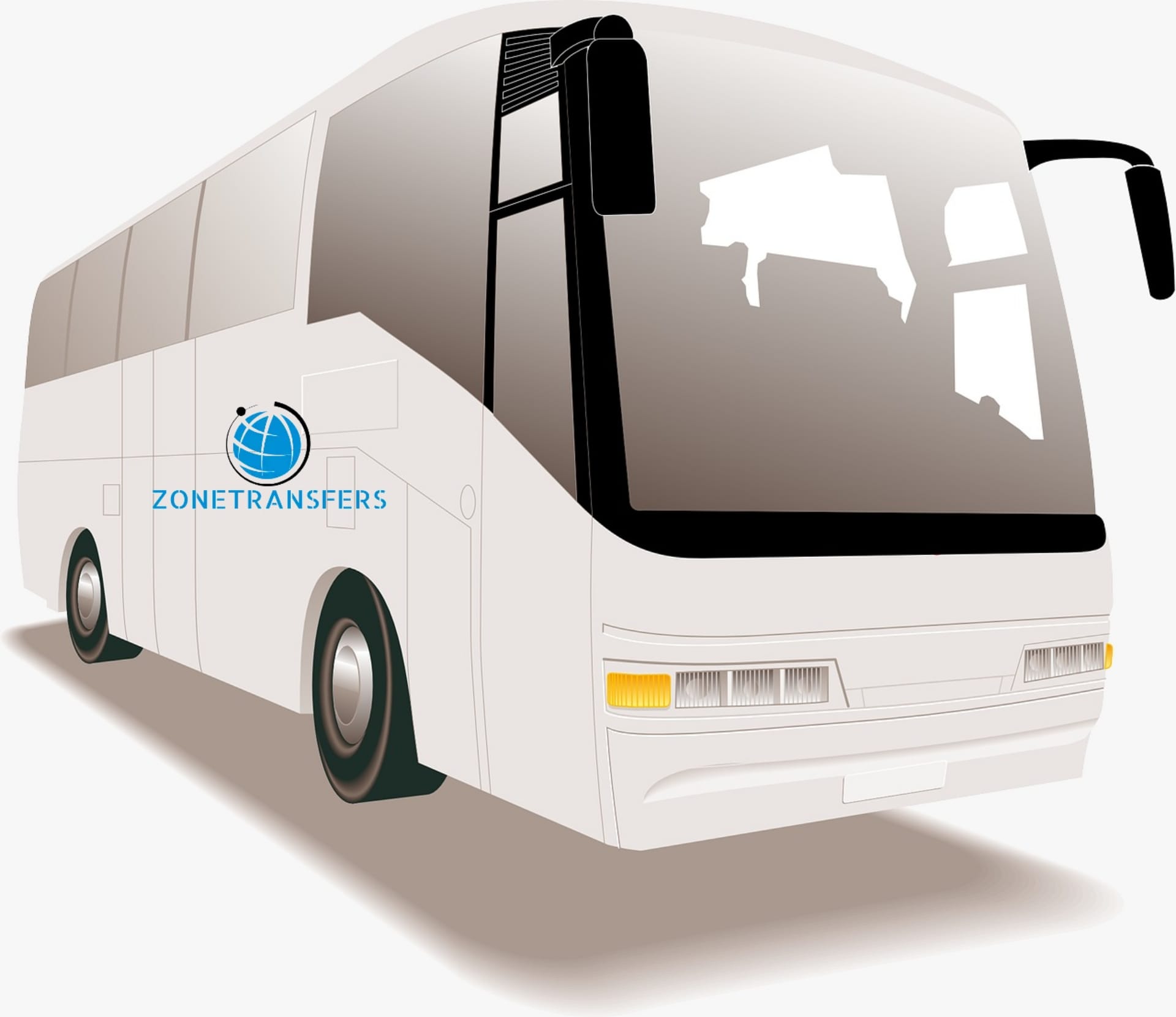 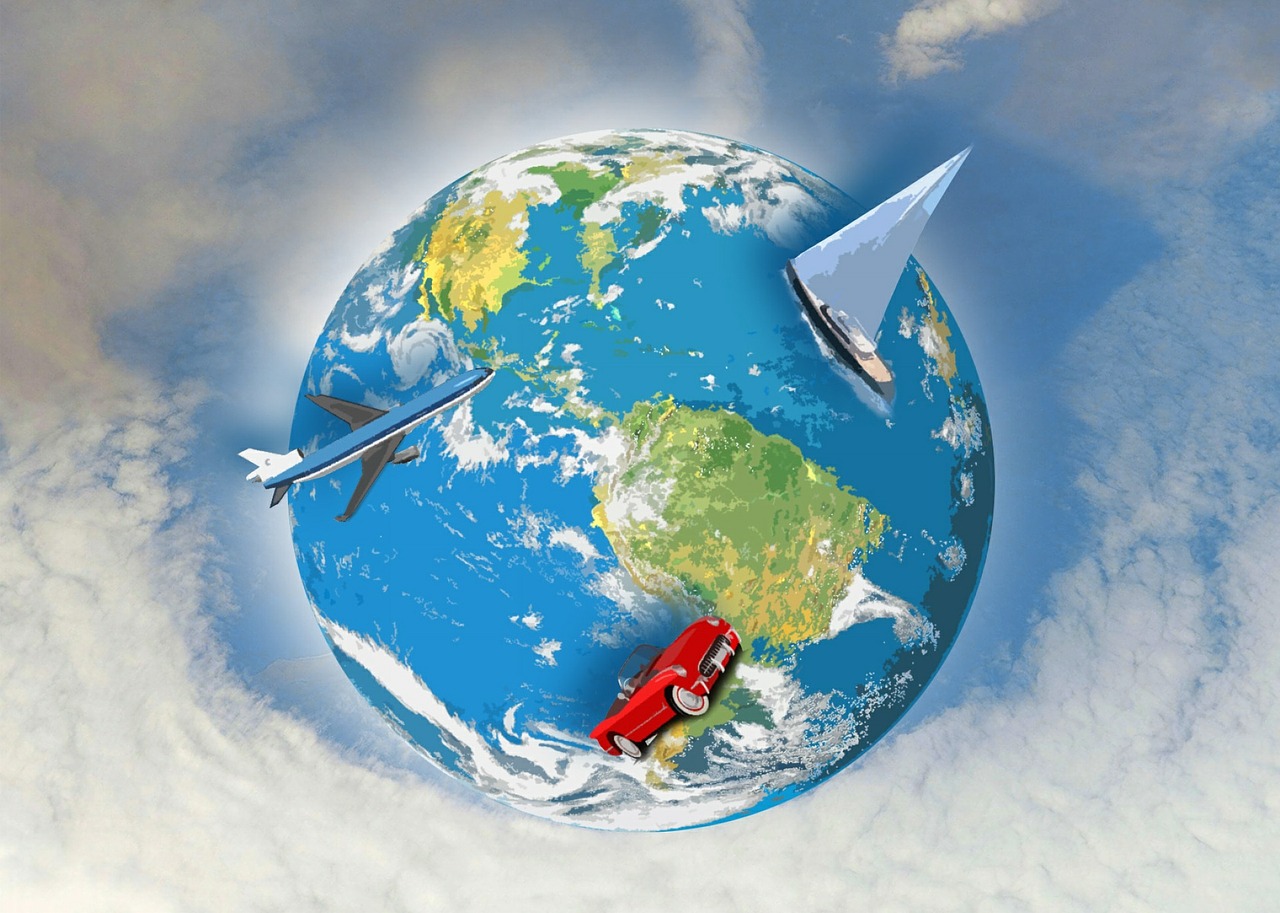 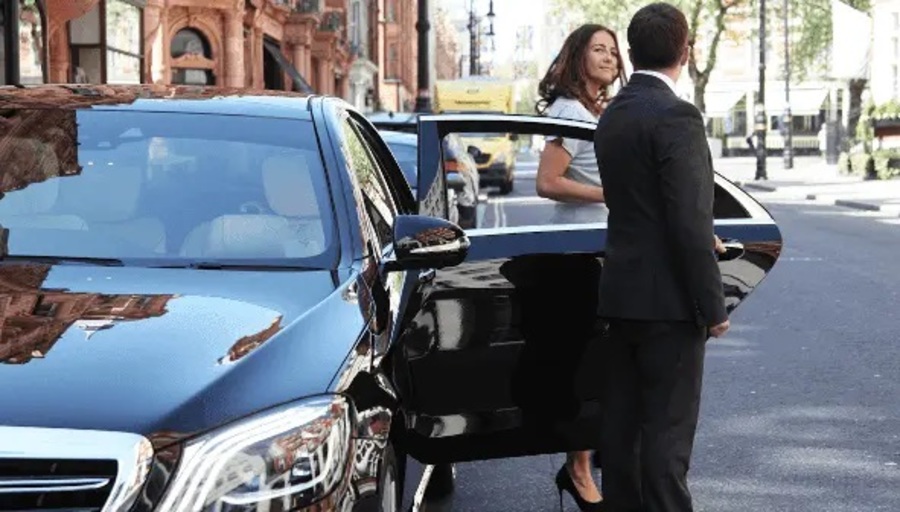 Read mixed reviews but our experience was excellent. Transfer of 6 people from Bilbao Airport. Easy to book. Driver helpful and friendly. Return journey as per the emails advice of confirmation of pick up times available 24 hours before. Driver arrived at time given and again friendly and helpful. Added bonus is the price was excellent.
(12/01/2021) Janet Rutkowska

Very pleased that we chose to book our transfers with airport transfers. Only waited a few minutes for minibus on arrival at Valencia - quick journey to the hotel without all the drop offs with usual coaches. Phoned two days before leaving for pick up time. Bus arrived on time and again had a problem free transfer to the airport. Would highly recommend booking transfers with this company.

This service was excellent. We used it for a round-trip transfer from Paris, the cars were on time, spacious, and the drivers were fantastic, and they also spoke good English! Fully recommended. "
(12/01/2021) E.Y.

"We booked this transfer service from Santander airport to our hotel in Santander, then to Bilbao and then back to the airport at the end of the week, the drivers were always on time, very friendly and they also gave us lots of information along the way with a nice and comfortable class E Mercedes. The cost of the transfer was lower than public taxis, which are not so comfortable. I highly recommend this service and this company."
(12/01/2021) Peter Casey

We booked our holiday last minute after getting our negative PCR test result. This meant we booked the transfer late in the evening for the next day, but everything was done so well. When we arrived in Ibiza the driver was already there and at the end of the holiday the driver was a few minutes early for the pick up to take us back.
(12/01/2021) Dick

We would like to say a big thank you for your help with our transfers to and from Madrid Barajas. We had a problem with one of our relatives who had missed the connecting flight due to delays. I contacted you immediately to see if you could help us, you were very kind in organizing a further transfer for our relative. Our return to the airport was equally perfect, our driver was waiting for us outside our hotel, as agreed. Timely, friendly staff, well-equipped minibuses and excellent service. I will recommend it to friends and relatives and if we come back to Italy in the future, we will definitely use you again.
(12/01/2021) Andrew Louby

Thank you for the swift service. Well be in touch in the future for sure.

My group from the UK had a great experience with Zonetransfers!! Our flight was delayed but the driver waited patiently for us. The van was a clean new Mercedes and was able to comfortably fit 8 people and luggage including 4 huge ski bags. Once in Sierra Nevada the driver was very helpful finding our chalet, speaking spanish with the rental office. On top of this, I accidentally left my IPhone in the van and Zonetransfers sent someone to hand delivered it to me at the train station. Wonderful customer service! Highly recommend!
(03/01/2021) Michelle Dodge

Last summer I contacted them to manage my trip in Menorca and Im so glad I did that: itd have been an hell without their precious help. This Christmas we booked again for Lanzarote. The chauffeur was very professional and he gave me a lot of great tips during the whole week.
(03/01/2021) Daniele Carlsson

The transport went very smooth and everything went well. Jose is an excellet driver and was very kind with me and my husband.
(03/01/2021) Simona Mountain