Tour to Ronda from Malaga 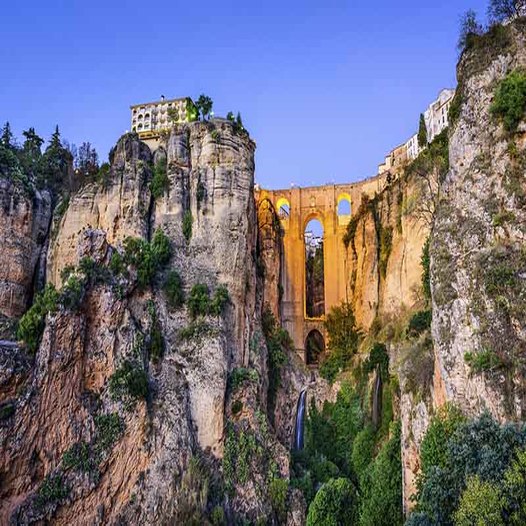 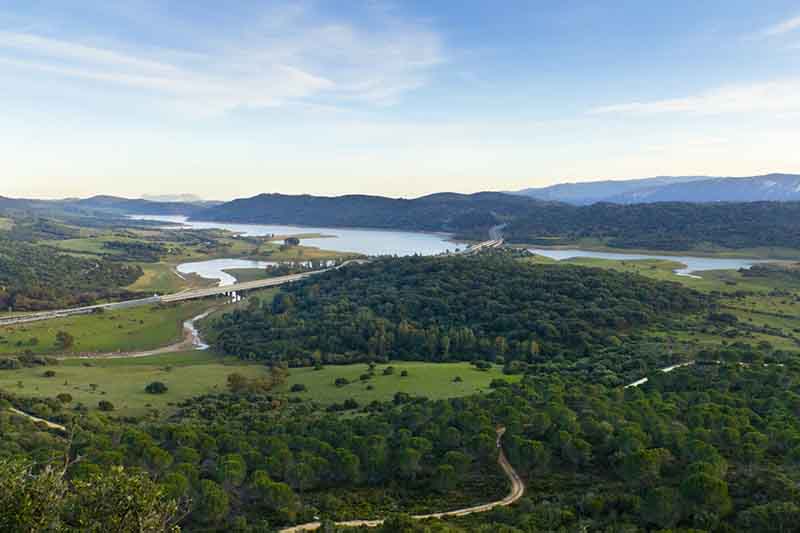 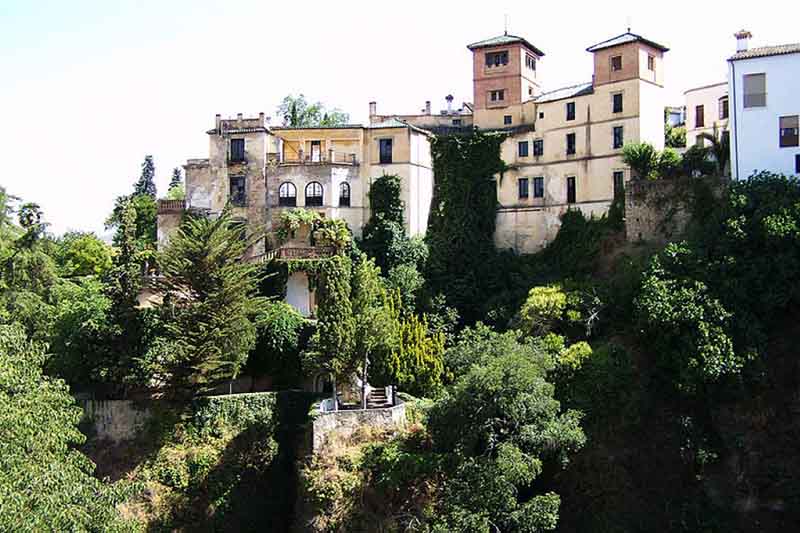 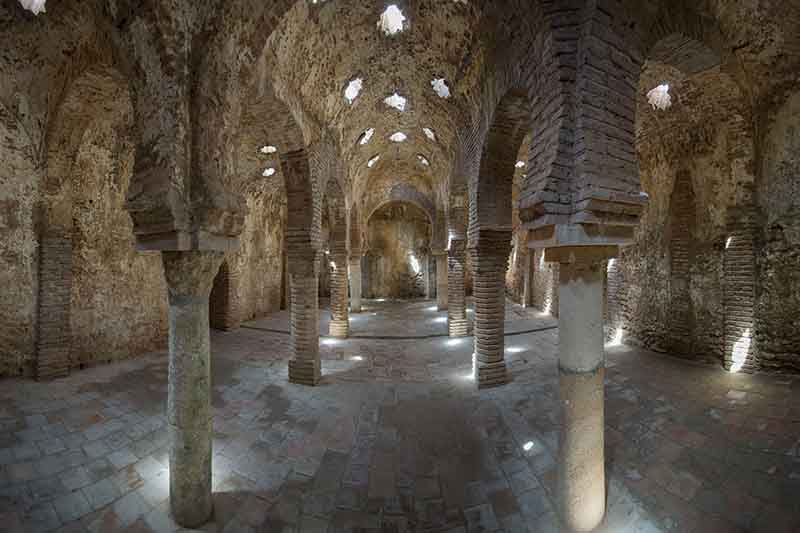 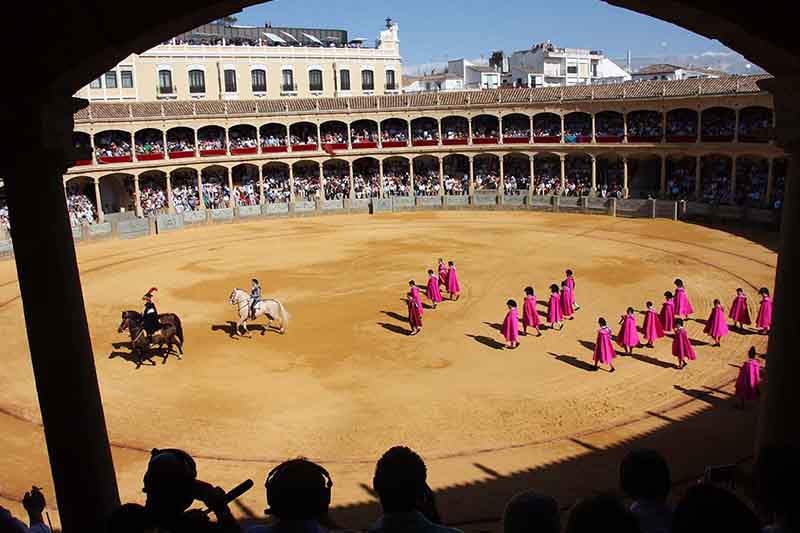 Tour to Ronda from Málaga

On this tour you'll visit Ronda and all you need to see there.

By booking a private tour , you will receive a much more personal service. In addition, you can make the tour any day of the week, modify the itinerary to your liking or leave at the time you want. If you are a large group, you will save money!

Give yourself the chance to walk around one of the oldest cities in Spain, departing from Málaga or Costa del Sol.

What to see in Ronda?

On this excrusion you will have a car and driver at your full disposal, so you can choose the places you want to see and take as much time as you want in each place.

Here are some ideas on what to see - try not to miss anything!

Puente Nuevo is Ronda's default postcards' image, and from there, you'll get incredible views from the landscapes. You can get in the parador and admire the view from there.

Another thing you can't miss in your visit to Ronda - Walk through the Alameda until you get to the viewpoint, which iactually comes forward from the mountain, and will surely leave you speechless for a moment or two.

The Real Maestranza de Caballería de Ronda is the oldest in the world, chosen as Historic Heritage and an Asset of Cultural and Environmental Interest. At the beginning of September you can go to the Corrida Goyesca de Ronda and visit the Tauromaquia Museum all through the year.

If by now you're looking for a place to relax or have a rest, this is the place to do so. Sit in one of the terrace restaurants or bars and unwind. You can see the Iglesia del Socorro, The Artists' circle and the Mondragín Palace (and the museum there is there) .

Tickets to Mondragón Palace are not included. Can be bought upon arrival.

Get in the Almonated King's house, whose gardens were designed by the same architect who designed the María Luisa Park in Sevilla. Through the gardens, you can get in and go down to 'La Mina', a slit which leads you to a river. The views from the inside of the Guadalquivir river can't really be described.

Tickets to the Rey Moro Gardens and its secret mine are not included. Can be bought upon arrival.

Ronda used to be one of those cities where in order to get in, you had to go through a door. The Almocábar droor was the main entrance to the city, surrounded by two defense towers. You can actually get in the towers to get a panoramic view of Ronda.

Enter the best kept arabian baths in Europe. Near the Puente Nuevo, in the middle of San Miguel quarter, you'll be able to see the boiler they used to warm the water, and the vents, which design was inspired from the Alahmbra. In front of the Arabian Baths you'll find a set of stairs which will guide you to the Virgen de la Cabeza Chapel. .

Tickets to the arabian baths are not included. Can be bought upon arrival.

Twenty minutes away from Ronda, you will find the ruins from Acinipo's old Roman settlement. The archaeological site dates from century I, AD, and its best preserved place is their Roman theater. You'll also see remainings from springs and other places. Don't miss these ruins with its even greater views from Grazalema mountain.

Ronda is much more than the slit under the bridge: there's so much more to see and many enough as to spend a good time there. The Bandit's Museum, the Cuenca Gardens, the Alcornocales Natural Park, The Grazalema Natural Part, among many other places.

To book the Tour to Ronda from Málaga You just have to choose the desired date and complete the booking form. The confirmation is immediate, as long as there are places available

We had a very good experience - we made a last minute booking (9 hours before arriving in Rome) and we were pleasantly surprised that they had availability. Booking was made politely and efficiently over the phone from Porto. Driver in Rome was on time and friendly. Drove well. Interior of the car was a little bit tired, but comfortable and then the price of the journey was very reasonable, so this is the trade off. I would definitely use them again.
(22/02/2021) Dawit Manley

Ideal service for airport transfer. You get a text the night before pick up which is exactly the service you want to know that everything is running to plan when you have an important flight the next morning. Driver was polite and were a mask for the ride. Made sure I was comfortable with the air con temp and didnt play the radio too loud, but a good volume so I could hear the news.
(22/02/2021) Anne Willis

Very satisfied with the service in Barcelona. As soon as I made the looking they contacted me through email and confirmed the journey. There actually was an issue with online payment that day but I was immediately given other options to book.
Details of the taxi and driver were sent to me well before. Mr. Antonio was there on time and was exceptional in his service. Overall highly recommended.
(22/02/2021) Robert Connell

Such a simple, easy to use system of booking a transfer, plenty of confirmations and clear instructions before arrival, driver arrived few minutes early which was so relieving, and the driver let me know by text :) the driver was helpful with luggage etc and polite and professional throughout the rest of the journey! Friends had recommended this service and I am pleasantly impressed! Definitely using this every time now + such good price!!
(21/02/2021) Robert Beaton

We booked our trip for 6:45pm but suddenly the plans changed and we needed the taxi four hours earlier. As soon as we called Zone Transfers, they sent the taxi in half an hour. Thank you very much for being flexible with times. It was a very pleasant journey.
(20/02/2021) Narciso Wright

Collected me from Luton during lockdown, text me to say he was waiting. On time, very efficient and friendly
(19/02/2021) Borghild Toumbas

The service was excellent. The driver, Callaghan, was there on-time and drove safely; and very friendly as well. The interior was comfortable. I highly recommend this company and would definitely use it next time.
(18/02/2021) Lavina P.

This is our first time to book an airport taxi from Malaga airport to Marbella. We have a few large luggage so we booked a VAN. The booking process and the whole journey were smooth. Recommended.
(15/02/2021) James Naick

Reliable, economical and simple.
Easy to order through the website with instant confirmation.
Wide selection of modern, comfortable and well-maintained vehicles.
Punctual pick-up with accredited drivers.
Immediate processing and refund in case of cancellation.
(08/02/2021) Mijo C.

Completly excellent service. This is what I call customer service. They contacted me multiple times by email to confirm the dates and details. They even called me to make sure all is correct. Then at the airport, the driver waited for us with our name and transport was impacable. All thumbs up. Well done Zonetransfers.
(08/02/2021) Aicha Stange